#NousToutes: Women’s unprecedented marches in France against gender based and sexual violence

Yesterday, activists gathered in several French cities for unprecedented marches against gender based and sexual violence organised by #NousToutes, a group of associations. In Paris, the march brought together more than 10.000 people while more than thousands also marched in other cities.

MoiAussiAmnesie association’s members, CSA or sexual violence survivors who suffered from repressed memory walked in Paris. Some of them with their children. One of us Sandrine came with placards she made herself on which was written: “Enough with denial of justice” “a child is never consenting” to a sexual intercourse with an adult. As a reminder, France still does not have a strict legal age of consent which defines rape as statutory rape no matter the consent.

This march was very moving, not only because it was unprecedented by the number of participants but also because many CSA survivors who suffered from repressed memory for years came to thank us for our engagement. Several with tears in their eyes. We were also overjoyed to see some of our members coming from all over France just to march with us and the other women in Paris.
This march was joyful, colorful (purple was the main color chosen by the organizers). We cried slogans such as “solidarity with women from all over the world” or “rapist, you are done, all the women are marching together!”. The success of these marches owe much to all #NousToutes volunteers who engaged themselves in the organization since months.

We were also very happy to walk side by side against these violence which affected many lives so badly. We also walked thinking of those who couldn’t be with us because of personal or health matters, of handicapped women who are more than others affected by these violences. Or women suffering from all kinds of discriminations.

Above all, we walked for all CSA survivors, from the past, present and future generations. We walked for a future society which will come to zero tolerance towards those barbaric sexual crimes, which will protect absolutely the most vulnerable and will sanction fairly perpetrators.

Each year in France, 160.000 rapes and attempted rapes are committed against children. Less than 4% of CSA survivors report these crimes to the police and less than one percent are judged by a criminal court. Between 40 and 60% of CSA survivors suffer from repressed memory which prevent them to speak out for years. We also defend the end of statute of limitations for CSA and the acknowledgement of repressed memory into law.
To conclude this wonderful day: this big humain chain of solidarity gave us even more energy to follow our battle for a better, pacified and harmonious world in which survivors will recover their full dignity and freedom. 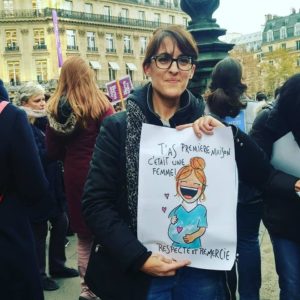 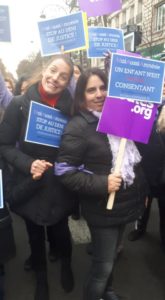 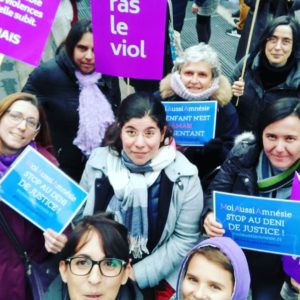 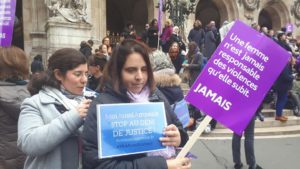 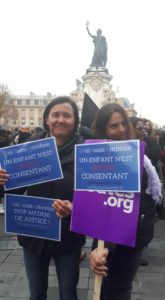 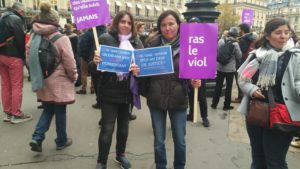 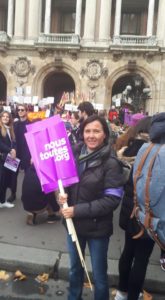 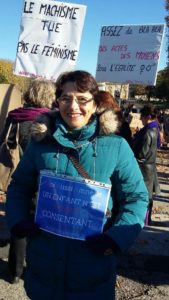 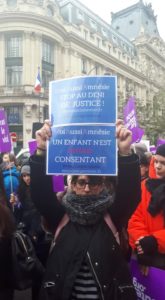 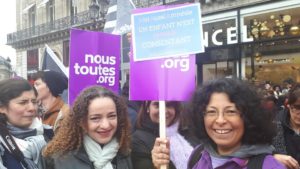 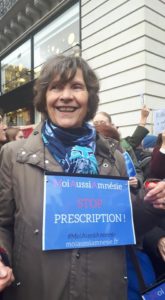 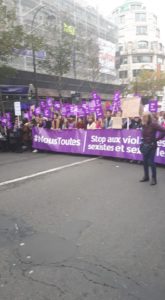 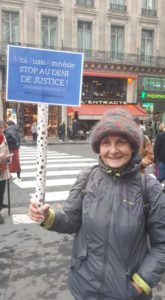 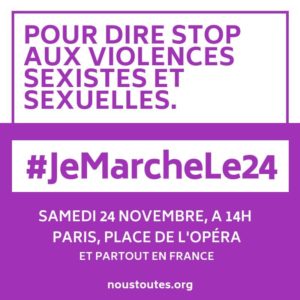